Today we are talking about a subject that is far from being the most fun in the world, which unfortunately has been even more topical in recent months with the Covid-19 crisis: layoffs in North America! If I mention North America, it’s because there are big differences between what we can experience in France and the reality here. I lived the experience twice, both times in very different ways. Let’s go back together on these 2 experiences which, although a little scary, are part of the reality of the working world here and of which we have to be aware. In this first article on the subject, I talk to you about how the dismissal process goes and I hope I can help you to live through this stage as well as possible if you are ever confronted with it! 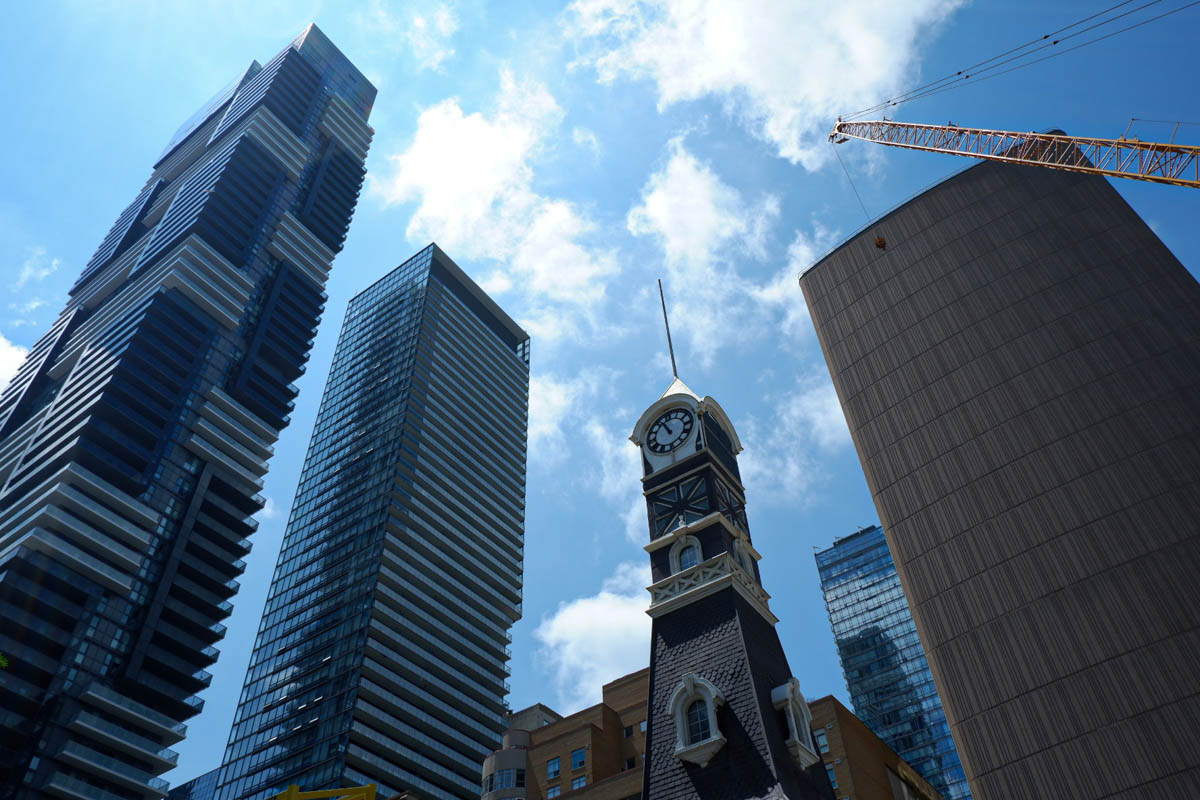 Let’s start at the beginning: what is a layoff?

Even though I think a lot of people know what it is, it doesn’t hurt to do a little reminder to make sure we’re all on the same page. A dismissal is the termination of a permanent employment contract (in France we call it a permanent contract, a CDI) at the initiative of the employer.

What are the reasons for termination?

In France, redundancy is highly regulated, there are 2 main reasons: economic redundancy and redundancy for personal reasons (following a serious fault or disagreements/bad results for example). There are many stages and the dismissal can take weeks or even months before it becomes effective.
In Canada, the reasons for dismissal are more flexible and, above all, quicker. The reasons often include restructuring, a drop in activity or a lack of results. Legally, your employer must give you written notice 2 weeks before your last day of work. In practice the day of the announcement is often your last day and you are paid for the 2 weeks without having to be present at your workplace. More information on the Canada.ca website.

Layoffs in France vs Canada

In France, redundancy is perceived as more serious than in Canada. Mainly because it is often the result of a long and trying battle between an employer and an employee and is synonymous with a problem that has not been resolved, that it is often the last card to be played and is therefore experienced as a failure. The CDI being seen in France as job security leaving a job without having decided to do so is less common than in North America. It is important to note for our French-speaking friends who would pass by and who would not be familiar with the labour law in France: in France we have the conventional breach of contract (in French: rupture conventionnelle) which allows an employer and an employee to decide by mutual agreement to separate. Obviously, there is also a very strict framework, several letters, appointments and compensation. The advantage is that unlike a resignation, the employee will be able to claim unemployment rights.
.
In Canada this notion of job security does not exist. Having a permanent job doesn’t protect you from a surprise dismissal. Layoffs are common enough to be downplayed, it is an experience that everyone will live at least once in their working life (take the test around you, many of my Canadian friends have experienced it at least once).  It must also be said that the Canadian job market is more attractive than in France (the notice period is 2 weeks when you leave a job, it allows you to have a turn over much faster), the duration to find a job afterwards is therefore often faster. One less anxiety. The fact that everyone is fairly relaxed and not at all bothered by the notion of dismissal here takes away a bit of the sense of shame and failure that one might feel.
.
There is also a difference in the way it is presented: in French we talk about licenciement, to be fired, whereas in English in the case of a dismissal other than for serious misconduct we will not say that we were fired, but that we were “they let me go”. It is important to note the nuance. 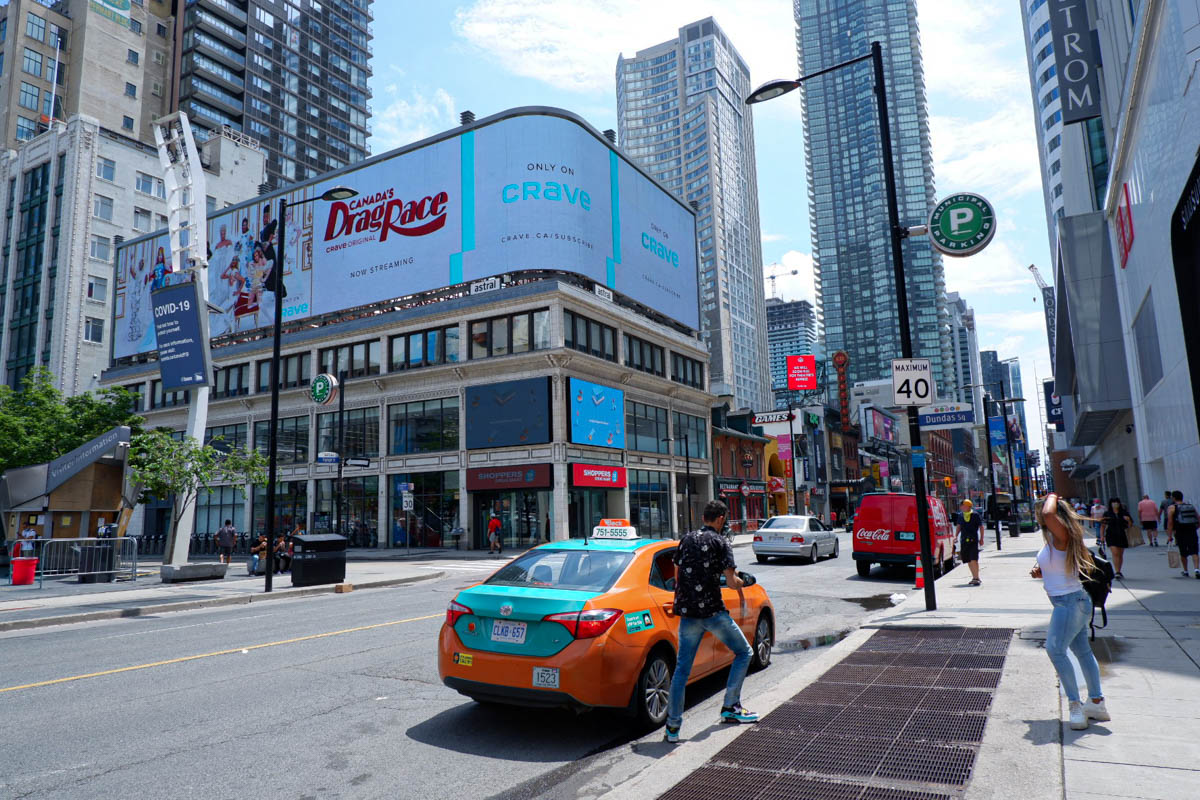 My Layoff Experience in Canada

Let’s get to the heart of the matter with my layoff experience in Toronto. Last summer a month and a half after my layoff I finally decided to tell you about it in this article “What does the future look like?“. I had been quite vague about the layoff itself for several reasons. After 18 months with the same company, I learned on a Thursday in June 2019 around 12 noon that a restructuring was taking place and that my position was no longer needed. I no longer had a job. Effective immediately. Growing up we see layoffs in American TV shows as something crazy and impossible, because it is not our culture. Well I can confirm that it happens exactly like in the movies. You are called to Human Resources the same day, you go into an office where they explain the situation, you leave with your things under your arm (often with no possibility to go back to your office, they bring you your things), they take you back to the elevator and in less than 30 minutes your world collapses. No sign before the run that would have given you a chance to prepare yourself. A successful surprise… if it had been a party.
.
I was “lucky” to be part of an 8-person restructuring plan, so I didn’t take anything personally. I was a number in an Excel spreadsheet, nothing more, nothing less. There is no point in extrapolating and imagining this or that scenario.
I remember that day very well, I remember how I was dressed and I remember thinking that wearing heels that day might not have been the best idea. But at the same time I was coming to work in an office, I hadn’t planned to wander the street with a colleague, both of them a bit confused, for 2 hours.
After 2 hours (which seemed like 20 minutes to me) I already knew that this dismissal was a bad for a good. I had been dreaming of a freelance life for years. Fate had just brought it to me on a platter. I’ll explain why it was surely the best thing that could happen to me a little lower in my advice to bounce back (finally it will be in a second article)!
.
I was very well surrounded and a few hours later I was on the terrace drinking cocktails in good company. In the evening I was eating ice cream on my terrace. The first 2 nights were a bit hectic, I was thinking about the files I hadn’t finished. It takes a little time for the brain to understand that this is no longer our problem and to detach itself from our old reality.
Namely that you can’t say anything, you can’t get in touch with your colleagues until the official announcement has been made internally. But after that I received a huge outpouring of support and that counts for a lot.
.
I will finish with my first experience took place in August 2017, 6 months after coming back to Canada. There were 2 of us on a project, my colleague was fired effective immediately on Monday. I spent the whole day panicking that I was going to be there too. Except that I was not told until the next day. I was told about the possibility of having to let me go, that they were looking for solutions. A few days later the decision was made that they no longer had the project and therefore no more work for me. This time I was really scared. Between you and me the few days between the announcement and my last day I was doing some presence and I was working on my CV to find a job as soon as possible. I mean between you and me, they knew about it but what I mean is that once you’re fired they can’t do much more so you think about yourself and bounce back. I didn’t know anything about unemployment, I didn’t want to know my options at all, I wanted to work. I found a job in a call center in a bank in 2 weeks (yes the bank where half of the French worked haha). I wasn’t looking for the job of my dreams, I was looking for a way to insure myself financially. It lasted 3 weeks before I left for another job (it’s often the case when you apply everywhere, you get a few more weeks, months, and sometimes you get better offers that fall).

And concretely, how is the layoff in Canada? 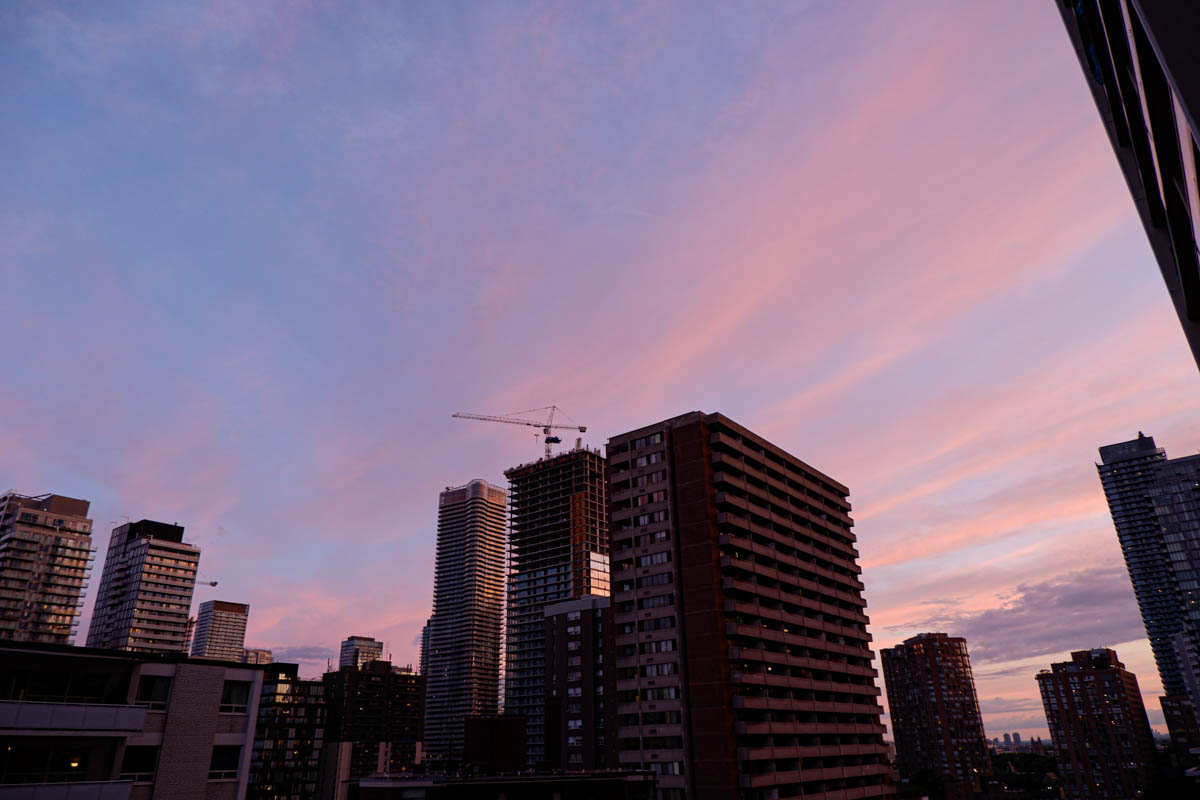 Already blow a big blow, I know that depending on the situation and the visas, a dismissal can really upset all your plans and call into question your immigration, your life here. Despite this, you will quickly feel that for Canadians there is no reason to panic. I remember my roommate after my first layoff: “It’s good that you’re going to have time to rest”. I was at the end of my rope, I was panicking about not being able to pay my rent and she was talking about resting. For me it was just unthinkable. But in the end, even though I didn’t really understand her reaction at the time, it helped me more than if she had panicked and added a dose of anguish to what already seemed like a pretty shitty situation.

It’s important to know that you’re entitled to unemployment even in PVT. You are entitled to unemployment if you have enough accumulated and are legally entitled to work. Unemployment has a ceiling of $500 a week or $2,000 a month. The calculation of the beginning of your unemployment is based on your 2 weeks’ notice + the package you received + one week’s waiting period. The duration will depend on how long you worked before. As always I encourage you to check the information in your province as I am speaking from my experience in Ontario.

I had planned to talk about how to bounce back, how to regain self-confidence and a lot of other things about what happens afterwards but once again I talked a lot (too much?) and the article is probably already quite long so we’ll see you in an episode 2 more focused on what happens afterwards. Is that ok with you? If you have any specific questions, take advantage of writing me in the comments.

There are several possible situations for a dismissal, here I’m talking about the 2 of mine which were quite simple. Obviously each case is different and you may need more help. If needed, you can get closer to the Francophone centre in Toronto, for example.

In the meantime, we’ll see you on Instagram for your daily dose of life in Toronto! 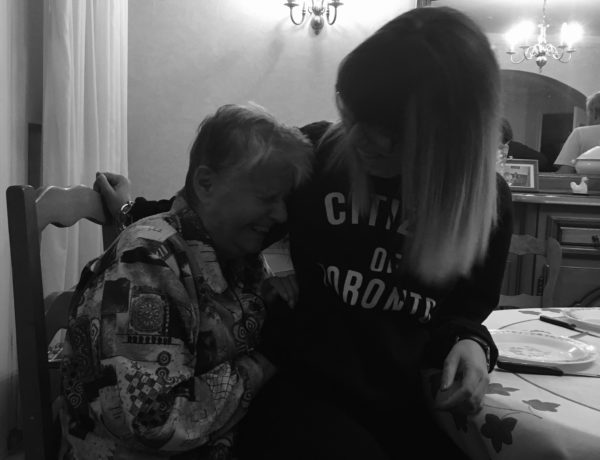 Being the witness of Alzheimer 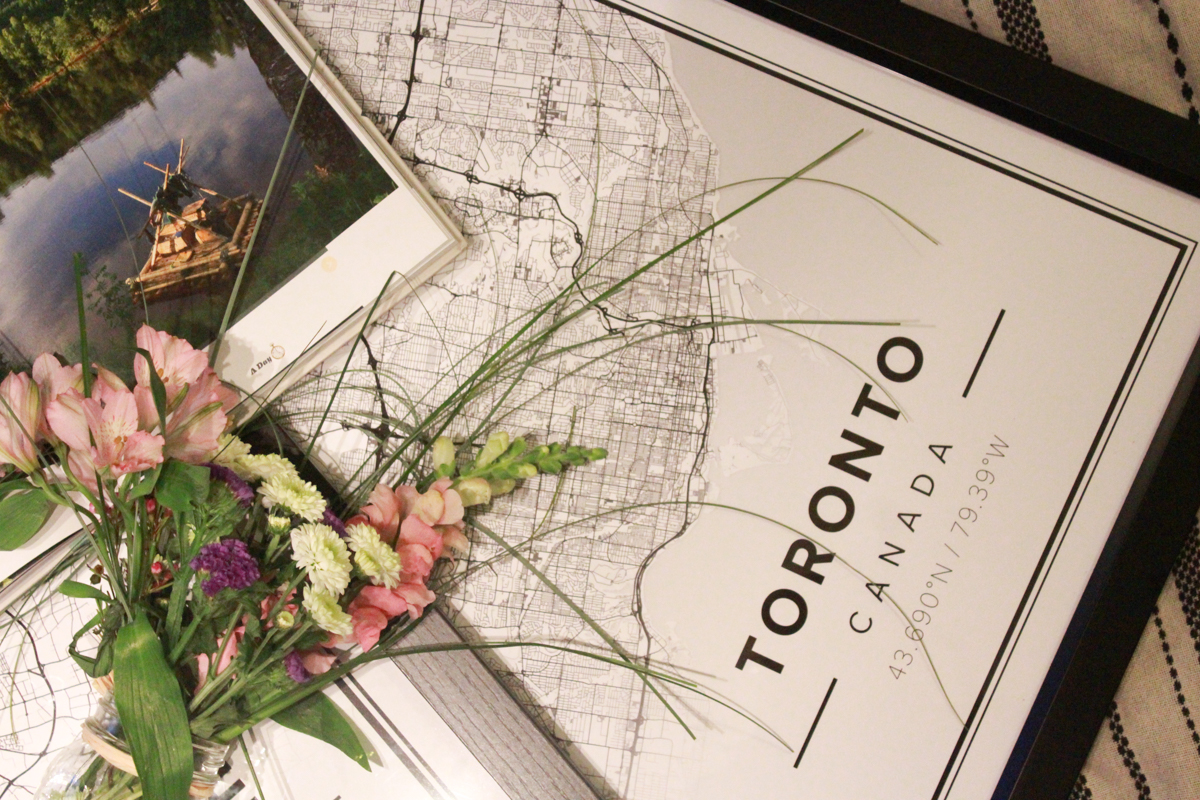