I am back on Toronto after probably one of most resourceful trip I had so far. In 10 days we traveled more than 2500km between Ontario and Quebec. A road trip that many new expats or tourists do, with some variations, and that I took 5 years to discover, yes yes. The big difference compared to the road trip that I have done before is that we boarded 3 adults and 2 children of 6 and 10 years. To discover these wonderful landscapes is already extraordinary but to discover them at the same time as the children is magic! Back on our program and our advice.

I share this roadtrip that my friend had fully organized, I was not supposed to be part of this trip but following the recent changes in my life, as I told you in this article, I decided to follow them!

I’m preparing a full post on Montreal and another on Niagara Falls rather than integrate it into an article road trip since I’ve been there several times and I have lots to say! 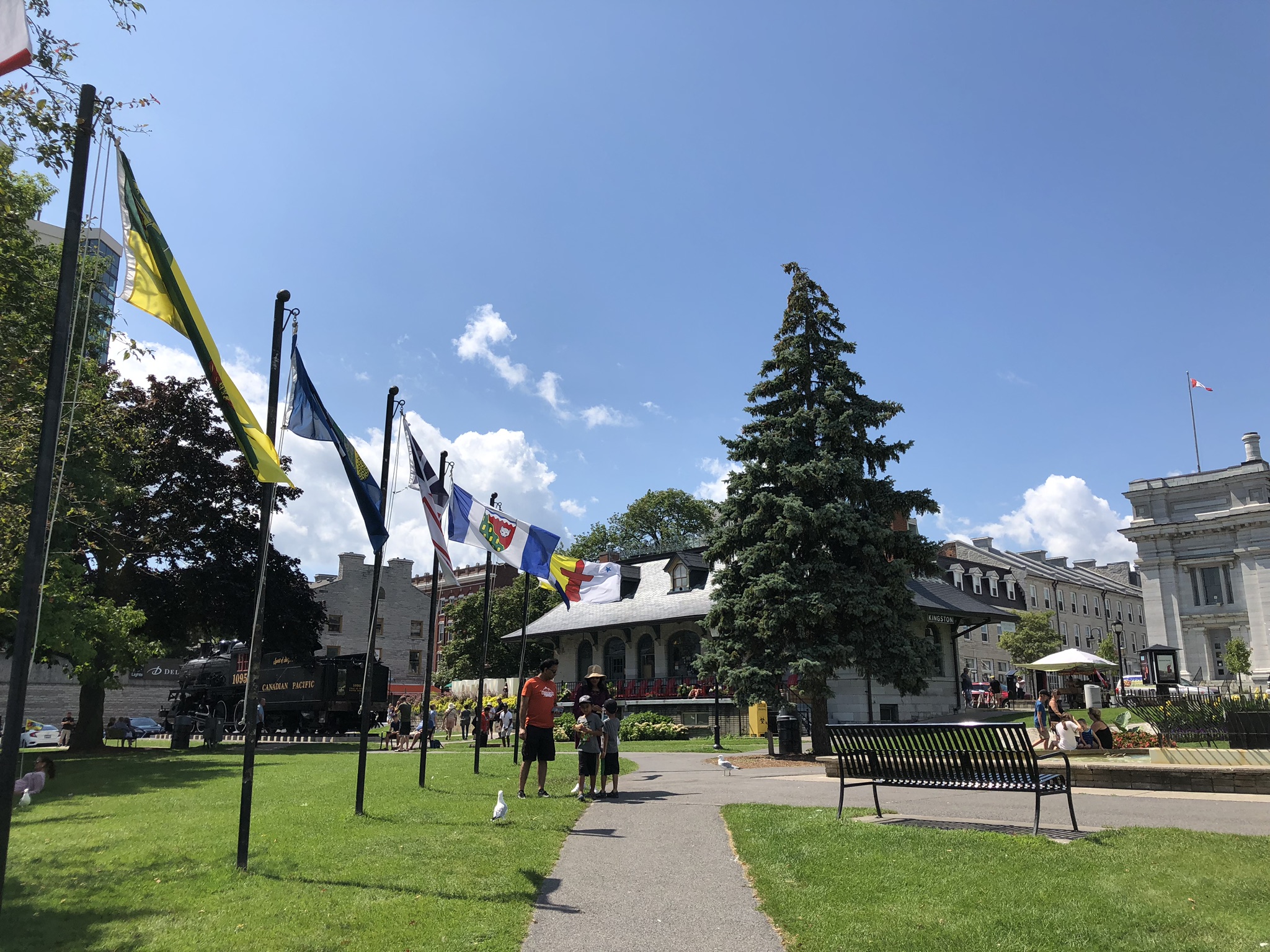 The first few days my friends stayed in Toronto with me, based on my article on spending a few days in Toronto we wandered into town. Our first stop 3 hours from Toronto the pretty city of Kingston by the St. Laurent. A little stroll in the streets. In just a few hours we had a nice overview of the city, a short break in the Confederation park facing the imposing town hall. You have the opportunity to tour the Thousand Islands by boat from Kingston (1h30 to 3h or more, optional cruises with dinner, you have the choice) is what we did and I recommend instead to do the cruise of Gananoque. The islands are smaller, the ride a little shorter, the view better. After spending the night in a hut in the middle of the forest without running water, with shower and toilet outside we wanted to visit the Kingston Penitentiary which is visited since it officially closed its doors. 2013. Arriving a little after 10am the tickets for the day were already sold out and the next visit in French was not until the next day. My recommendation: either you come early to the opening in the morning, or you buy your tickets online before. Instead, we walked across the street to discover the Kingston Penitentiary Museum, which traces its history, including items found over the years, prominent characters or replicas of period cells. The museum can be visited by donation, an alternative that is also less expensive and really interesting for both children and adults! We continued on a river ride in the small town of Gananoque (which I still do not pronunce correctly!) Before heading to our next destination. 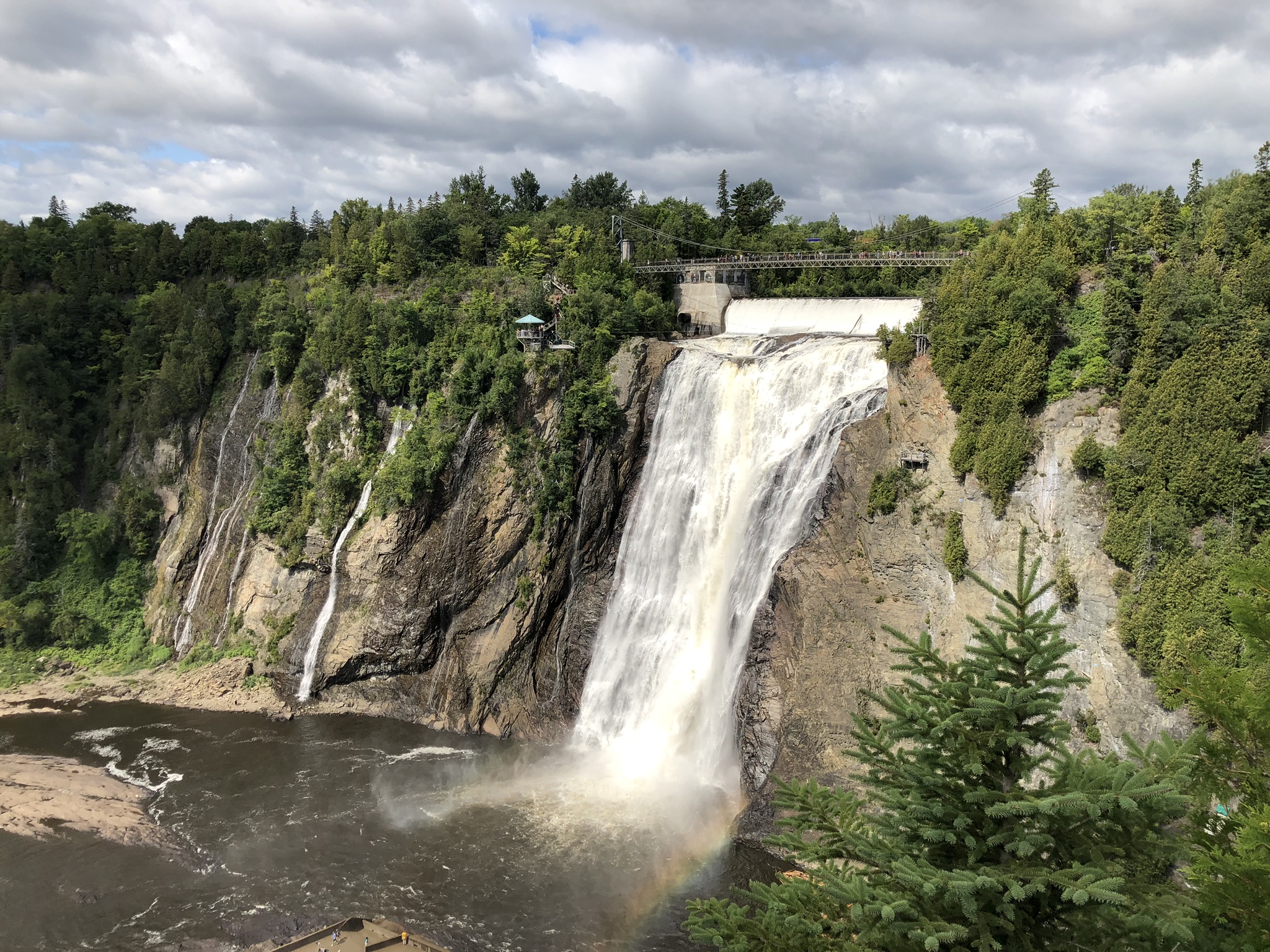 After spending a little more than 24 hours in Montreal we took the road to Quebec City. We paused half way to stretch our legs. It was in Odanak that we decided to make a stop and take the opportunity to visit the Abenaki Museum, the first Aboriginal museum in Quebec. The Abenakis are a First Nation that has lived on the shores of the St. Lawrence River for centuries. It was really interesting to learn more about these communities that make up Canada’s history. There was also a temporary exhibition called “The Indians Beyond Hollywood” which highlighted the clichés that have and are still victims of the Indians, too often called Indians wrongly and poorly represented in popular culture.

The rest is Quebec City and … waouh waouh waouh! The city is beautiful! We had been told good and we had not been lied to! I really felt out of place, a little European bowl. Pretty colorful houses, interesting architecture. Everything seems so peaceful down there, just strolling in the streets has made us feel very good.

After a night spent in Saint Brigitte de Laval we went to admire the Montmorency Falls, a good walk around the falls of 83 meters high, the highest in Quebec and 30m higher than Niagara Falls. After a few hours we took the road to go to Saint Côme, the only stop where will spend more than one night. 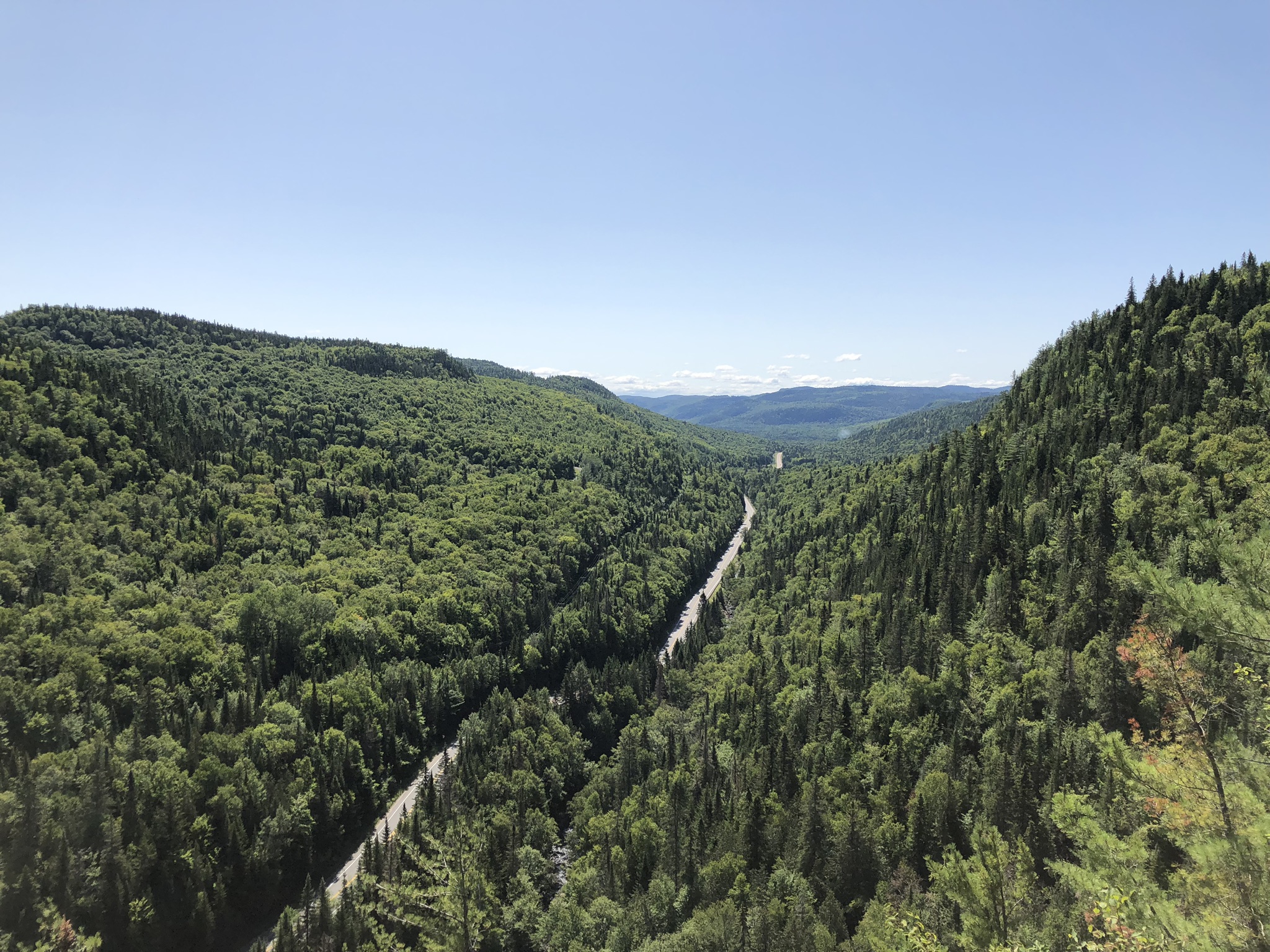 Quebec City was our farthest point from Toronto, so we slowly started our return to Ontario by heading to Saint Côme, after a quick stop at Trois Rivieres to have a drink and once again stretch your legs. I think we attack my favorite part of the trip, maybe because it’s for me the most beautiful landscapes we’ve seen during the stay but also because I think that after a few days I really started to disconnect ( the fact of having no network or wifi has helped a little but I mostly had a big need to relax with my friends after the emotions of recent weeks) and just enjoy what I had around me: my friends and the places breathtaking.

We spent 3 days in Saint Côme in a house by the river, the address said avenue but we would have rather called small remote road haha. We were able to do yoga in the garden (we share this passion with my friend and we no longer have the opportunity to practice together with the 7000km that separate us on a daily basis), we drank an herbal tea by the river, admired the nature that awoke under the first rays of the sun through the huge windows of the living room (thank you North American houses without shutters, we are up early;)).

From here we chose to visit 2 parks: the Parc des 7 Chutes, do not expect to find 7 falls, the name comes from the 7 falls that you find around the park. There are several hikes to do with beautiful views of the valley and the 2 lakes of the park. All the trails are very well signposted, it goes up quite a lot but children and adults climbed without worry. We picnicked up, facing nature. A nice moment.

The next day we went to the Parc de Monte-A-Peine-et-Des-Dalles. We are not at all on the same type of course, it rises much less and yet we also find spectacular landscapes. Throughout the stay we heard the locals tell us that the water level was very low in the area, that they were victims of a big drought this year, I imagine that with a little more water it’s even more beautiful. There are 3 entries, we arrived by the smallest one of Saint Jean de Matha. 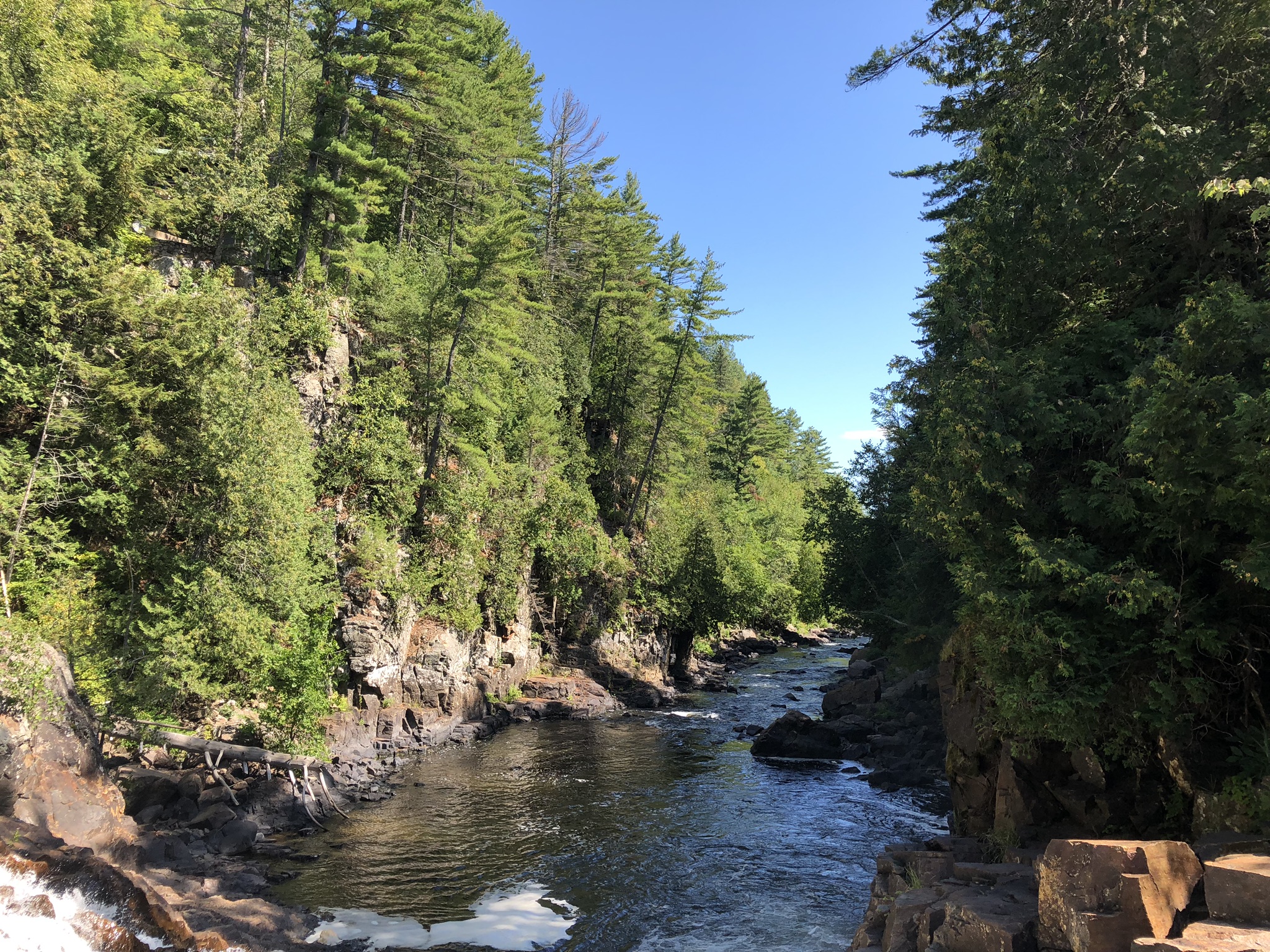 We attack the last straight with a stop at Mont Tremblant, everyone recommended us the village that we did not like at all, it is a village ski resort full of shops, hard transition after our few days away from it all. We thought about exploring the park “quickly” but timing was just right. We wanted to land on a beach just before the entrance to the park before returning to the road, thinking we would not go into the park and pay $ 8 per adult to only stay 1 hour. Apparently the beach on which we were leaving the park and a guard kindly asked us to pay the entrance to the park at $ 8 or pay a fine at $ 85. I’ll let you guess what we chose. We had not done a visit to the park but once we had paid we thought it was stupid not to enjoy a little. So we drove to the fall of the Devil, the car parks are great near the falls it was a visit a little express.

We put everyone back in the car and we go to the most anticipated stop by the children: the Omega Park. We had heard that good and it was confirmed: the park is huge, the animals have plenty of space, it is far from the classic animal park you may have in mind. My friend booked a night in the park for the day before our visit. In a cabin without running water, it was just great! The atmosphere was very nice, like real Canadian we made s’mores (roasted marshmallow biscuits and chocolate) (think to take something to light the fire), I wasn’t super confident when I had to go out at night pee but I loved the experience. Are we recommended to sleep in the park? Yes and for many reasons: you have different options, sleeping in a cabin like us, in a tepee or even in a house in the middle of the park of wolves it’s pretty cool as an experience, then you have access to the gateway of the wolves and bear in the evening to feed them and enjoy the stories of a healer (watch it happen between 18:30 and 20h). Finally you are the first to open the park and you avoid the large stream of visitors who arrive later. If you want to stay indoors, do some shopping for your meals, there is a shared kitchen that we did not use, we preferred to play the cold meal option. In the Omega Park you have a journey by car and 2 courses on foot, I recommend you 2 they are really nice and are in the form of stop during the drive.

And it was already the end of the trip, we spent the night in Verona in a caravan at the edge of a lake before returning to Toronto the next morning and chained by Niagara Falls for their last day. I will make you a special article Niagara Falls I think it will be easier. 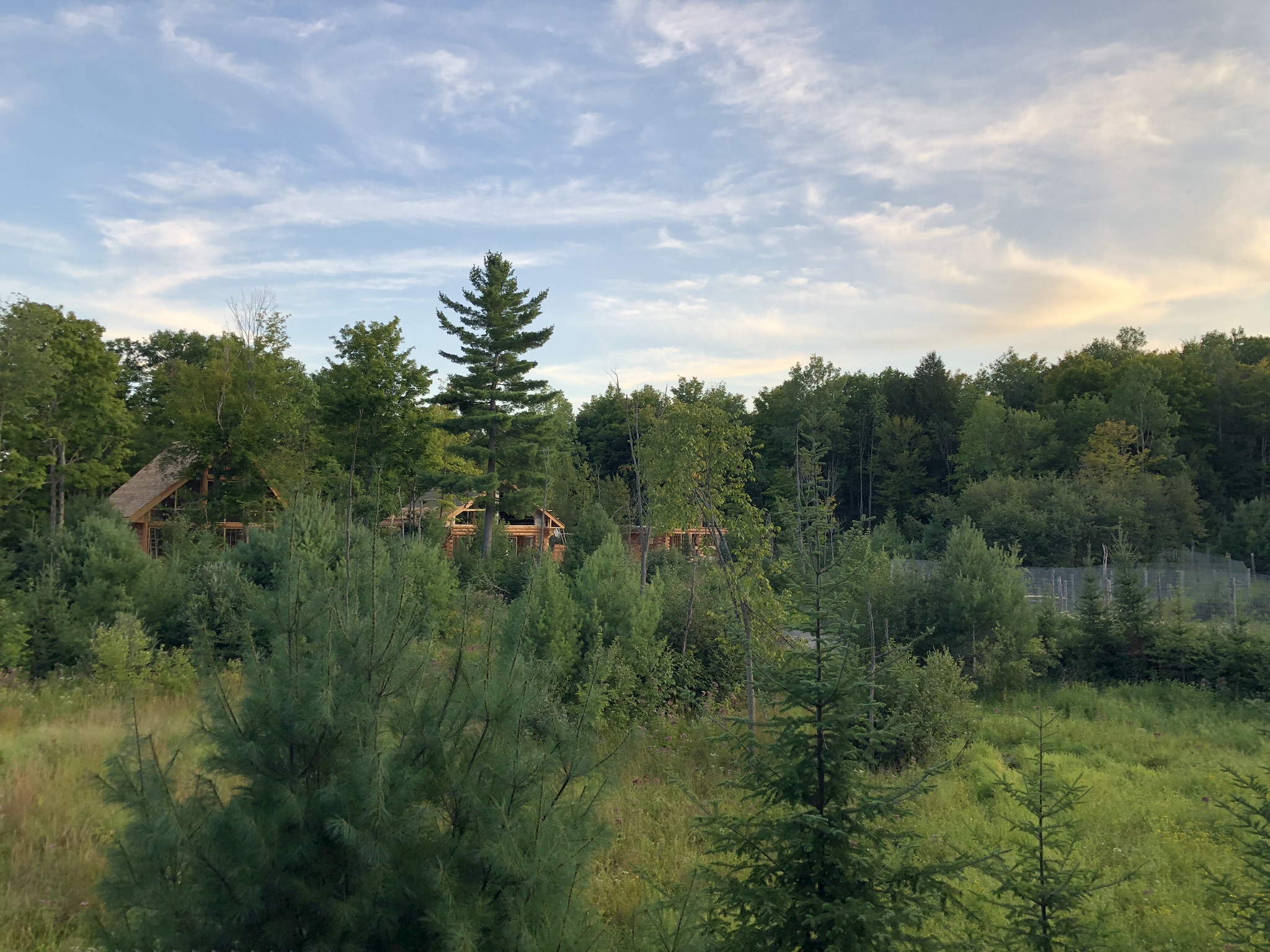 And here it is on one of the most visited places in the world that our stay ends. I loved to live this adventure with them, I loved to finally discover Quebec. I really felt like I was finally discovering the real Canada we all imagine. The great outdoors. Very far from the life I live in downtown Toronto. I am often told about the great outdoors in Europe when I say that I live in Canada and I must say that until now I was completely disconnected and I live in one of the largest US cities! I highly recommend this course: it is refreshing and beautiful. Feel free to leave your recommendations in comments to help future travelers who pass by.

Nice week to you, waiting for the next articles we find ourselves as usual for our daily French talk on Instagram: @fringinto ! 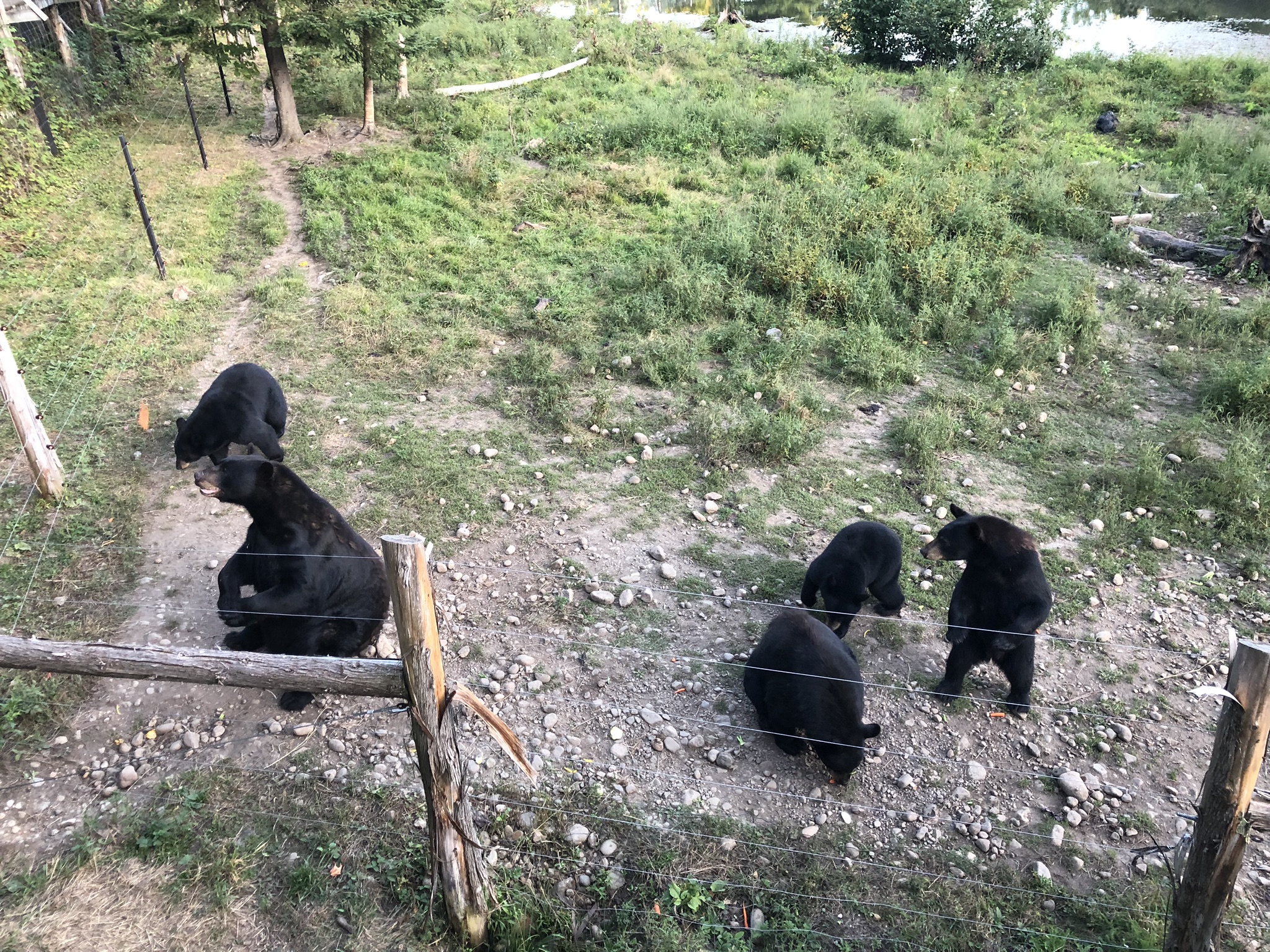 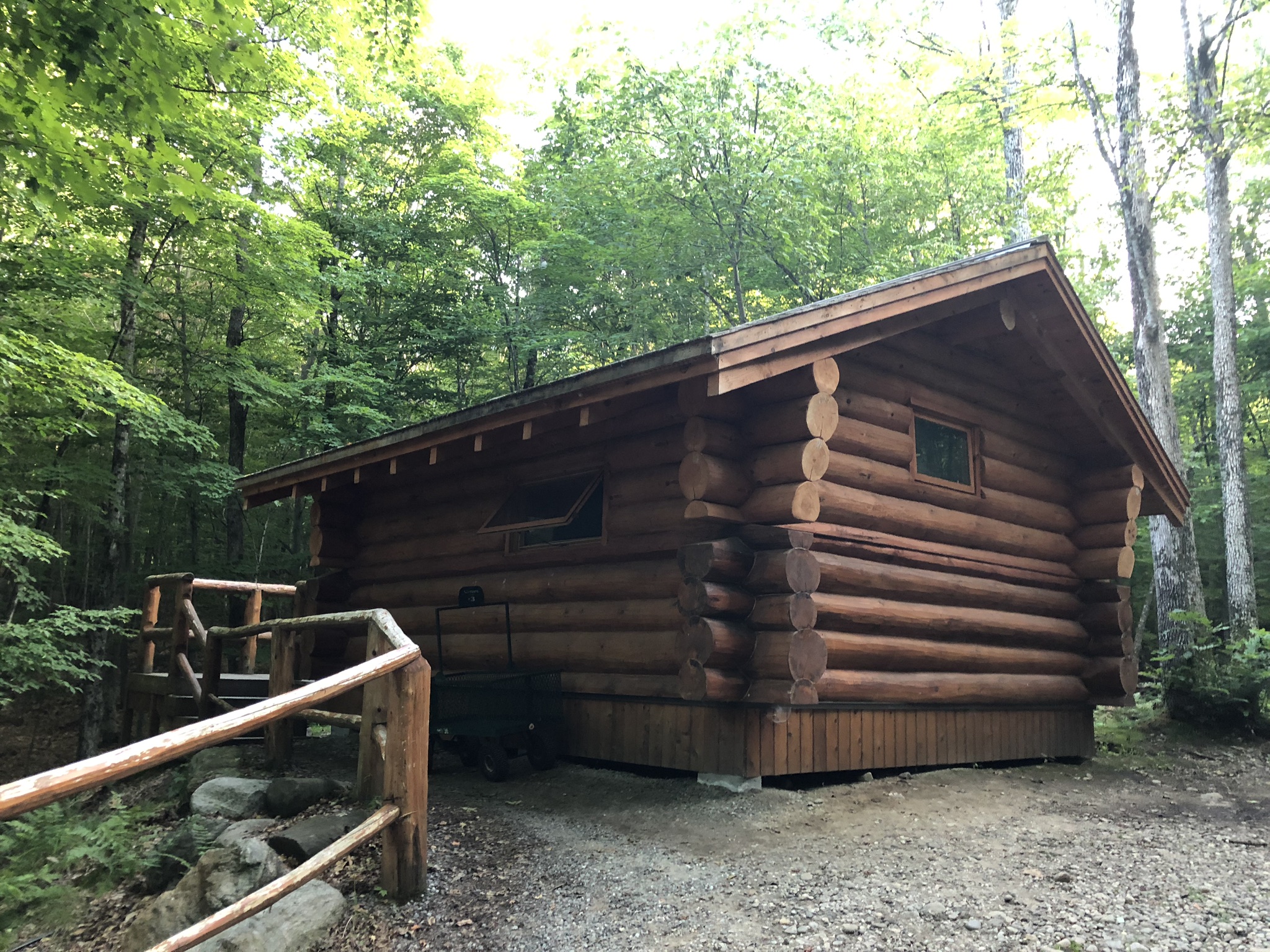 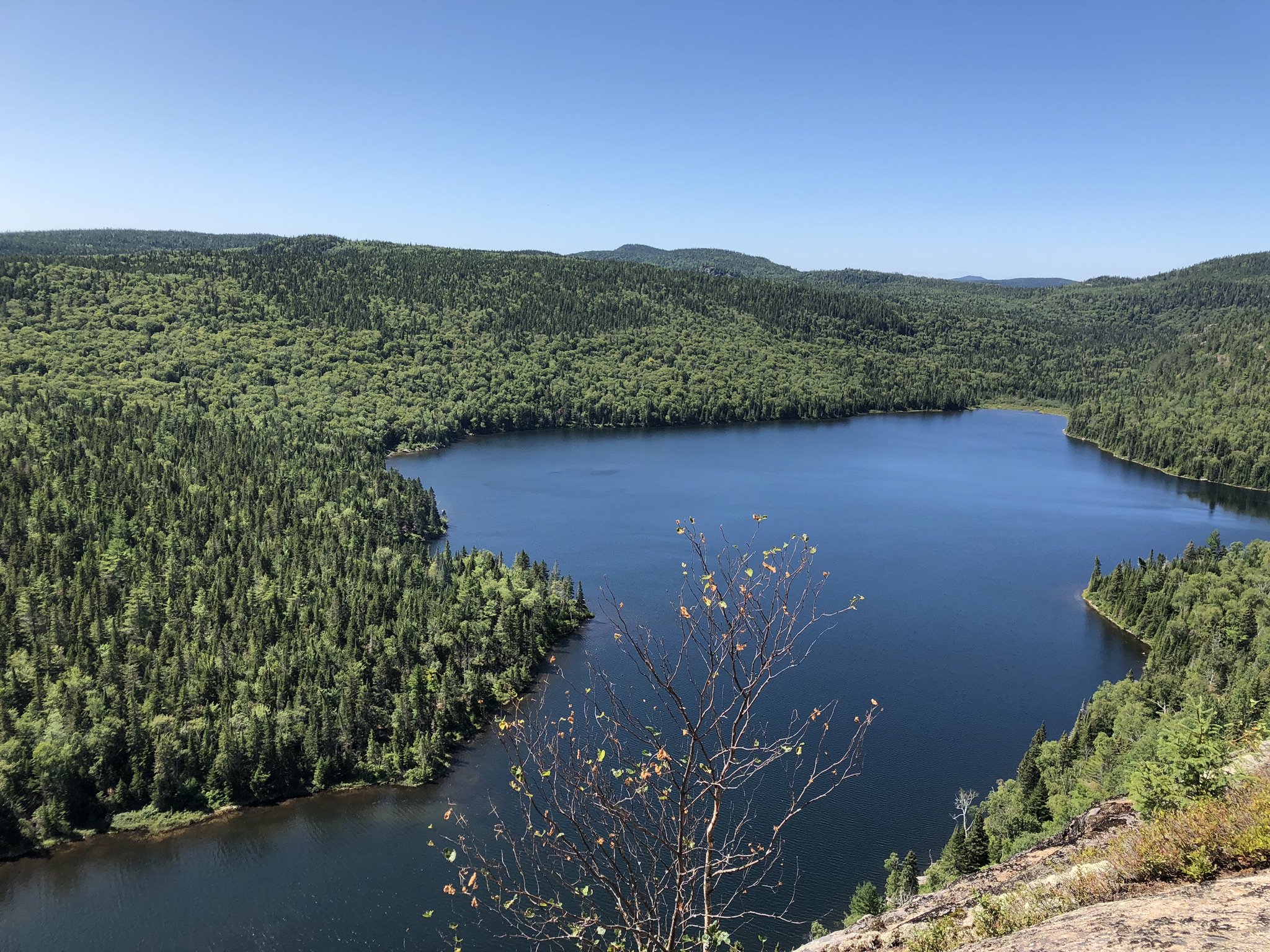 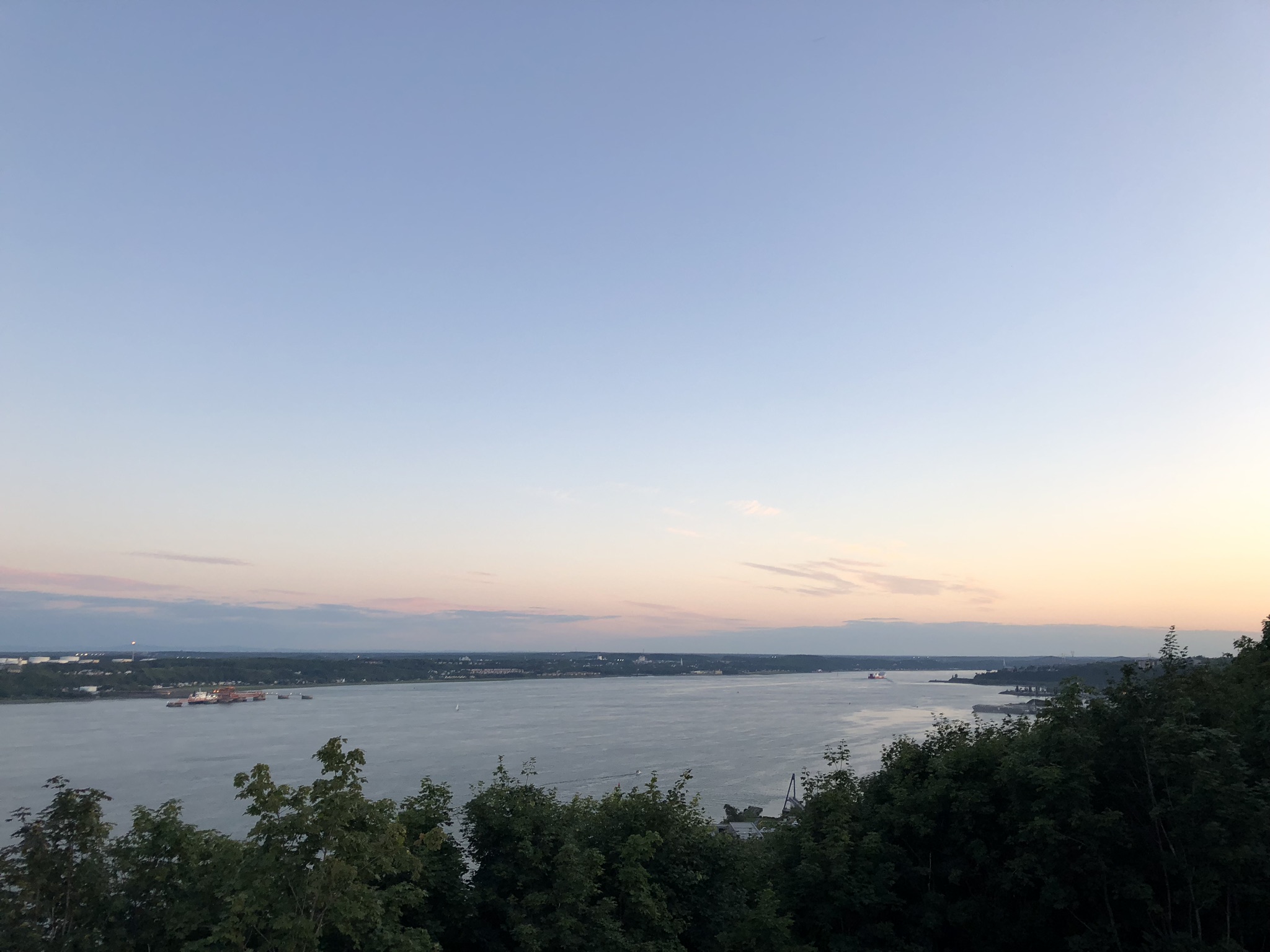 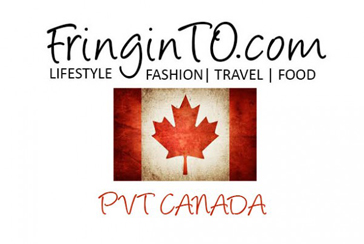 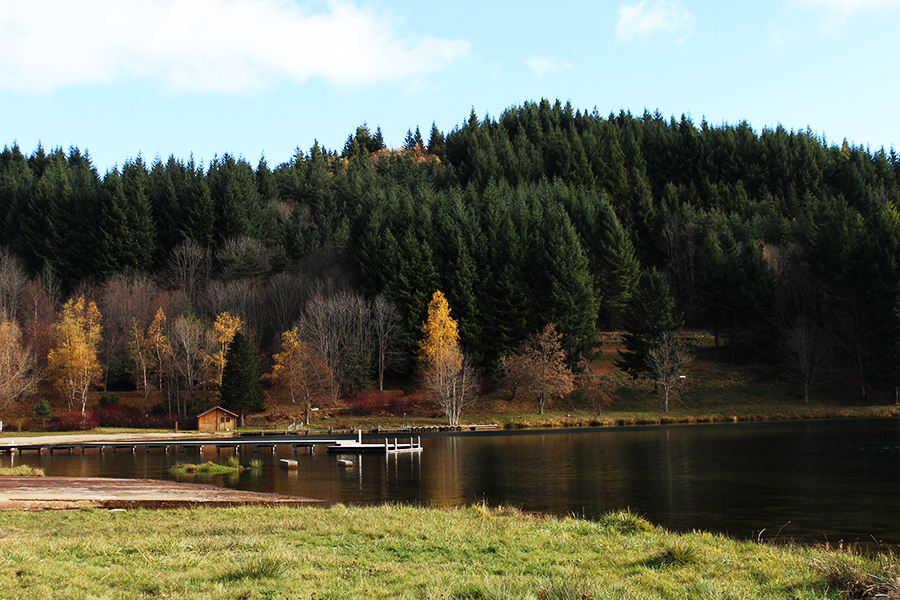 Where to travel in Europe? 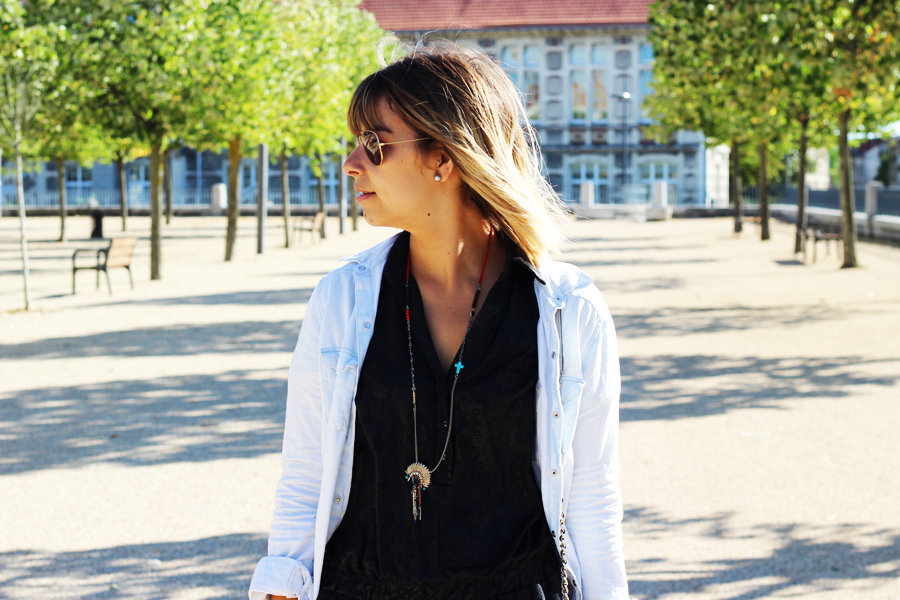 Inside my luggage: when I travel back to France