Picking strawberries in Ontario and discovering Port Crédit, spending the day outside of Toronto

Pick your own strawberries in Toronto? It’s possible! Well not really in Toronto but not too far either. After 7 years and many Instagram stories every summer in my feed, I finally took the plunge. I went back to my Ardèche roots and picked my own strawberries. And my gooseberries too for that matter. I’ll explain where we went, how it goes and everything so you can in turn fill up on good strawberries (and others!) and enjoy a day out of Toronto. 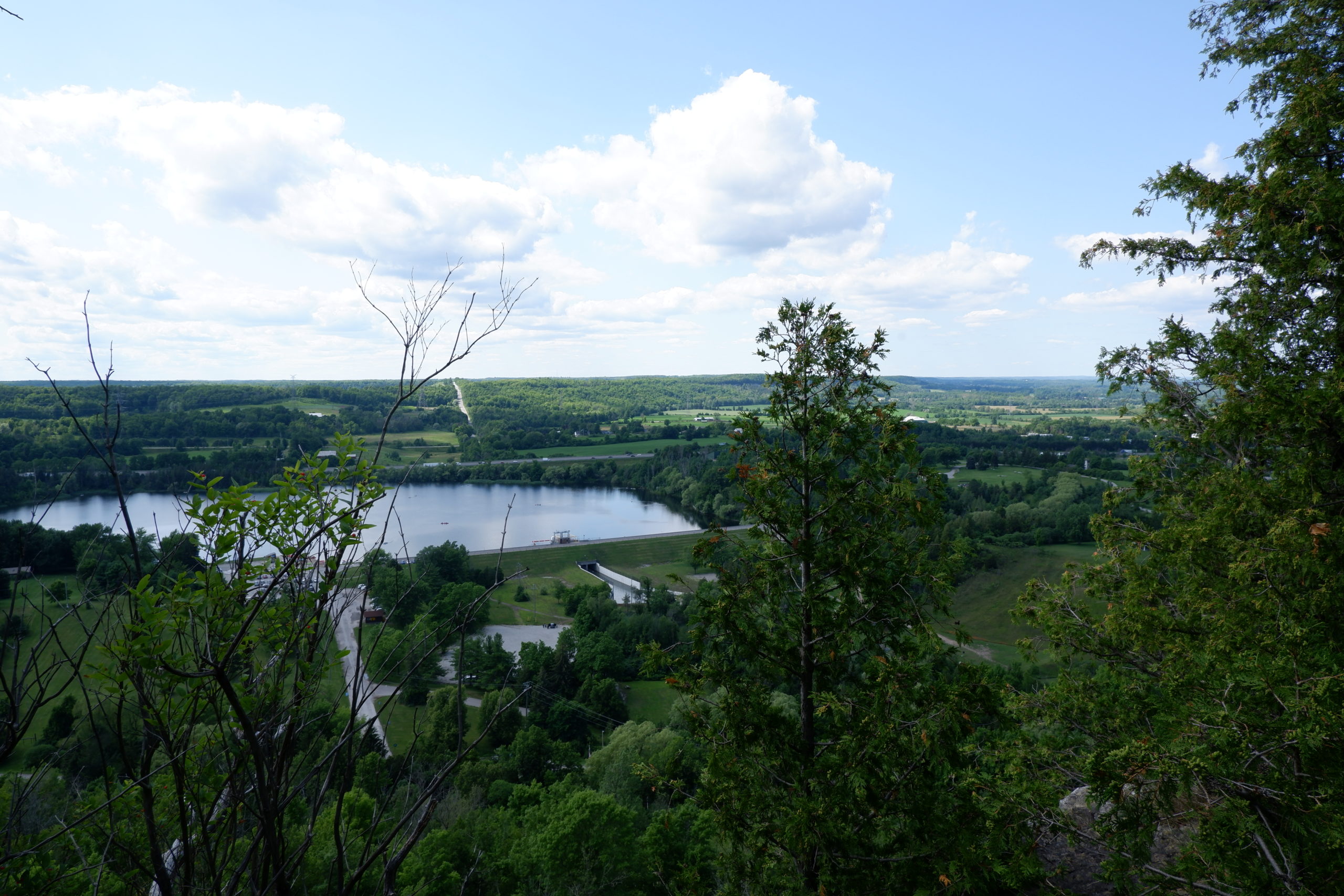 Every season sites like BlogTo, Narcity, DailyHive and company offer lists of places to go to pick strawberries/apples/pumpkins etc. It’s a great start to have a base and do your own research.

We chose Andrews Farm Market & Winery near Milton, about an hour from Toronto (except when your GPS makes you drive in circle, but only those who have seen the vlog will understand haha). The farm looked huge (and it turned out to be!), they have their own wine store and my girlfriend (who I went with for the day) works in that field so that was a plus for us, they had animals and that was also a plus.

The things I recommend you to pay attention to

What to bring to pick strawberries?

What to do around Andrews Farm Market & Winery ?

The farm is located very close to the village of Milton so we were looking for what to do around it after picking our strawberries. We went downtown, the advantage compared to Toronto is that in these small cities the parking is free (and it’s not a luxury when you see the price in Toronto!). At this time the inside of the restaurants were always closed therefore our options were a little limited but we found a nice patio at Pretty Rad. 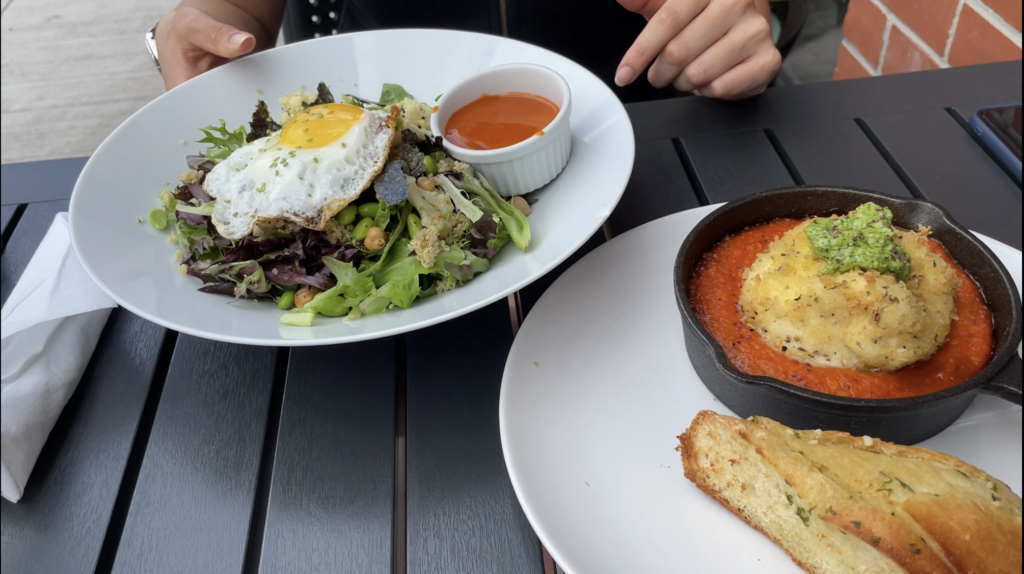 We had also decided to take a little hike. We had done the research beforehand and had found several options. So be aware that you have to make reservations in a lot of parks now (I don’t remember it being like this everywhere before the buddy Coco but I’ve been getting more and more feedback in this sense around me so I’d rather warn you to be prepared just in case!)

You can book for all these parks directly here by choosing the day and time, you will also know if the attendance at that time is low, medium or high. We didn’t have a reservation and were denied entry because they had already reached maximum capacity.

We went to the Kelso Area Conversation by the Main Entrance. Attention we had only 2 hours to make the tour, what when we do not know where we go, that we put already 10 minutes to understand the map and the routes (see the vlog haha) and that we stop to take photos and videos all the time IS NOT HUGE that we say it to ourselves! Attention also it was a rando shared with the bikes and we had some frights! 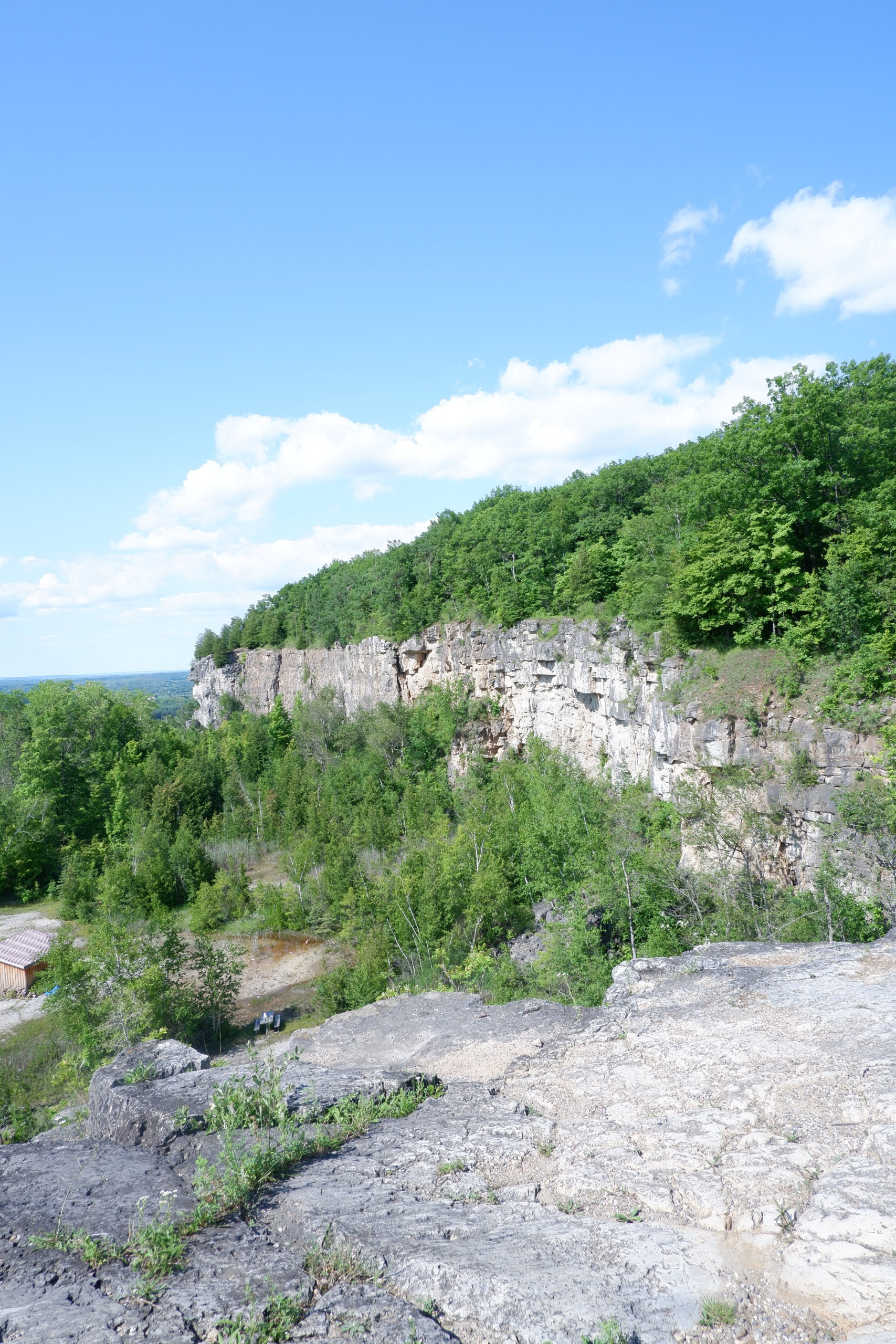 And then it was already time to head back, we decided to take a little food break in Port Credit, which is part of Mississauga, only 30 mins from Toronto by car. I had heard good things about it but I didn’t think I would be transported to a vacation-like village! Okay I’m exaggerating a bit and don’t expect to find yourself on the French Riviera but it’s still a change of scenery. A little ice cream at Scoops Ice Cream for an artisanal ice cream, a little stroll in the JJ Plaus Park at the waterfront. A singer in the shade of a tree animates this end of day, people walking around, laughter, families meeting. A big big big bowl of normal and it feels good!

To know about Port Crédit: 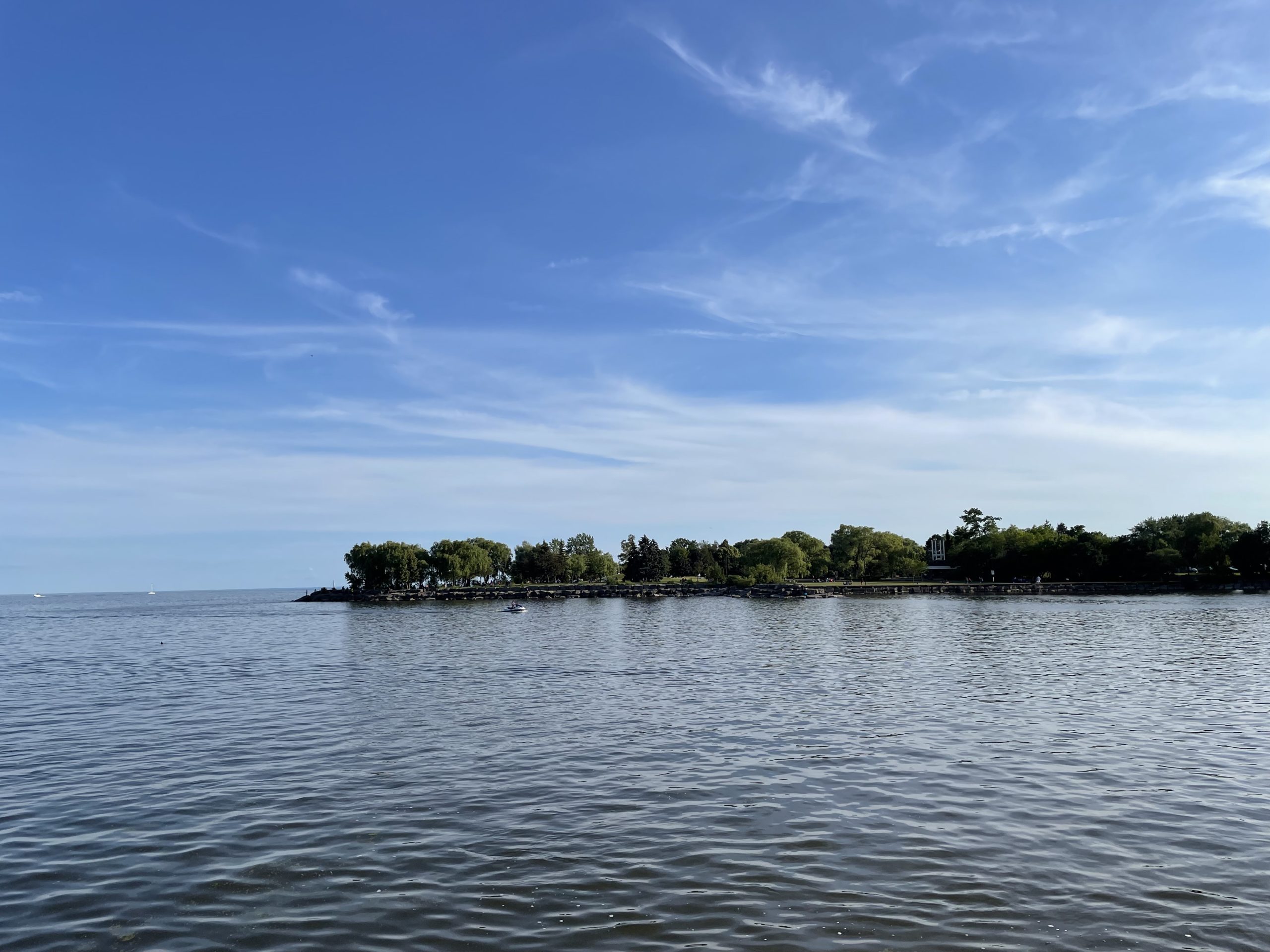 I hope this idea for a day trip outside of Toronto has inspired you! I’m always trying to find things to do for the day to discover a little more of Ontario. It’s such a huge province, there’s so much to discover! 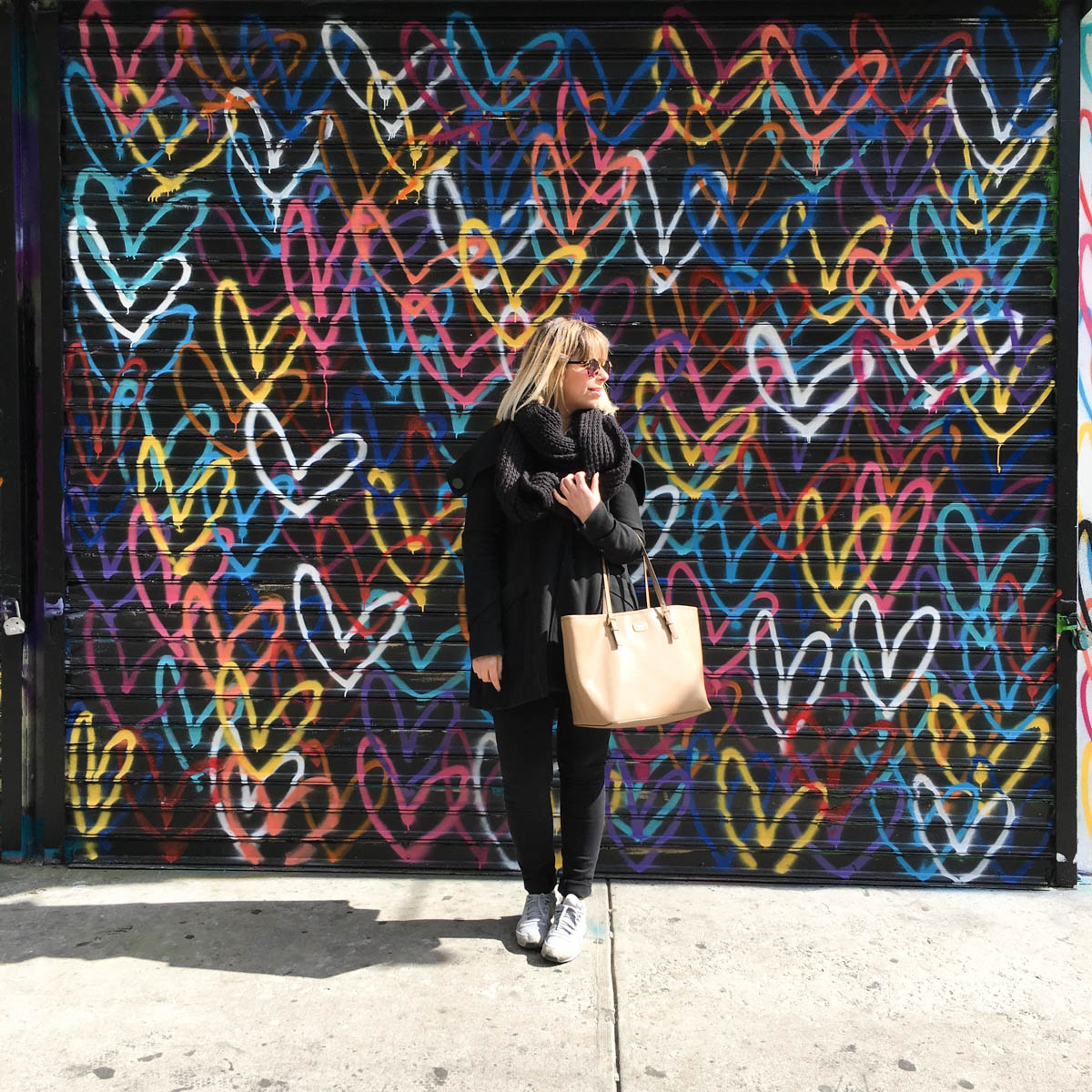 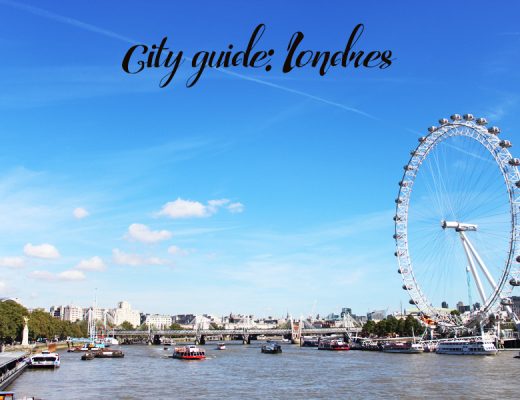 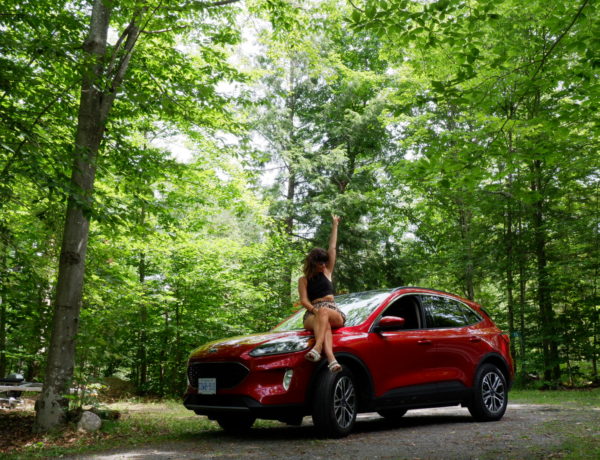